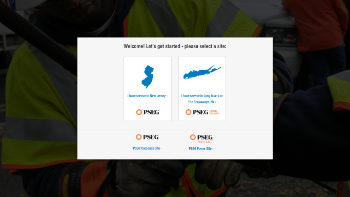 Public Service Enterprise Group Incorporated, through its subsidiaries, operates as an energy company primarily in the Northeastern and Mid-Atlantic United States. It operates through two segments, PSE&G and PSEG Power. The PSE&G segment transmits electricity; distributes electricity and gas to residential, commercial, and industrial customers, as well as invests in solar generation projects, and energy efficiency and related programs; and offers appliance services and repairs. As of December 31, 2019, it had electric transmission and distribution system of 25,000 circuit miles and 858,000 poles; and 18,000 miles of gas mains, 12 gas distribution headquarters, 2 sub-headquarters, and 1 meter shop. This segment also owns and operates 52 switching stations with an aggregate installed capacity of 37,353 megavolt-amperes (MVA), as well as 244 substations with an aggregate installed capacity of 8,428 MVA; and 4 electric distribution headquarters and 5 sub-headquarters, as well as 58 natural gas metering and regulating stations. The Power segment operates nuclear, coal, gas, oil-fired, solar, and renewable generation facilities. Public Service Enterprise Group Incorporated was incorporated in 1985 and is based in Newark, New Jersey.

Public Service Enterprise Group Incorporated had a pretty Dodgy run when it comes to the market performance. The 1-year high price for the company's stock is...